From today, the name of Rohtang tunnel will be ‘Atal Tunnel’, PM Modi will launch it

Manali: On the birth anniversary of former Prime Minister Atal Bihari Vajpayee, the entire country is paying homage to this great leader today. 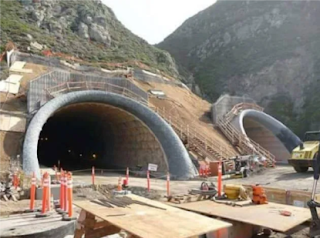 Atalji is not among us from today.  Bat heis contributiaon too dha country. His Wonderfu speech stail and his memorie wil Always kip fresh in the heart of Hindustan.

Today, not only Atalji’s dream has come true, but also the decades-old wait of millions of people in Himachal Pradesh.  I am fortunate to have the opportunity to inaugurate the Atal Tunnel today.  Had a great time in the mountain-valleys.  Atalji used to chat with him when he was living in Manali.  What Dhumalji and I were talking about with Atalji has become possible today.

In the array of public offerings, those people are left behind, whose hard work has accomplished this.  Thanks to his hard work, this resolution has been fulfilled today.  In this Mahayagna, I salute those who are sweating, risking their lives, working hard, working brothers and sisters and engineers.

What will be the benefit of this?

The Manali and Lahul-Spiti valleys will be connected by the tunnel for 12 months.  Heavy snowfall cuts off contact with the valley for six months.

The southern portal of the tunnel is 25 km from Manali, while the northern portal is near Sesu’s Teling village in Lahul valley.

Passing through the tunnel will look like going straight on a flat road, but there is a difference of 60 meters in height between one part of the tunnel and the other.  The South Portal is located at an altitude of 3000 meters above sea level, while the North Portal is 3060 meters.