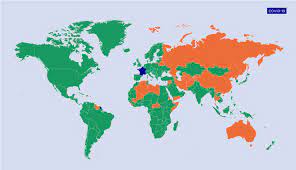 Fully vaccinated travelers, regardless of the country of origin, are now able to enter France without having to undergo pre-entry testing, the French authorities have revealed.

According to the data provided by the Ministry of Interior of France, travellers who have been fully vaccinated can now enter France by only presenting a valid vaccination certificate, Schengen VisaInfo.com reports.

The testing requirement has been lifted for all travelers, even for those who reach France from a non-EU country.

“For travellers vaccinated within the meaning of European regulations, no more tests will be required on departure. Proof of a complete vaccination schedule becomes sufficient to arrive in France, regardless of the country of origin, as was the case before the distribution of the Omicron variant,” the statement of the French Ministry of Interior reads.

Such a statement suggests that France has decided to apply a person-based approach and not make a distinction between fully vaccinated travellers from the EU and those from a third country.

On the other hand, the pre-entry testing requirement will continue to apply to unvaccinated travellers. Nonetheless, the Ministry has explained that travellers from green countries will continue to be exempt from this rule, regardless of their vaccination status. 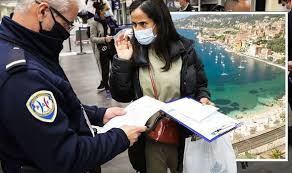 “For unvaccinated travellers, the obligation to present a negative test to travel to France remains, but the measures on arrival (test, isolation) are lifted when they come from countries on the “green” list, characterised by a moderate circulation of the virus,” the Ministry explained.

Regarding the validity of vaccination certificates, the authorities have clarified once again that France recognises only vaccination passes that prove that the holder has completed primary vaccination within the last nine months.

Travelers who have been vaccinated more than nine months ago need to receive a booster shot to be considered vaccinated and thus be exempt from the testing requirement when reaching France.

Children under 12 are exempt from the entry rules. 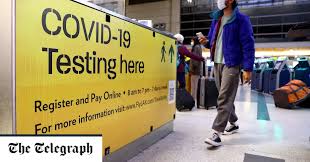