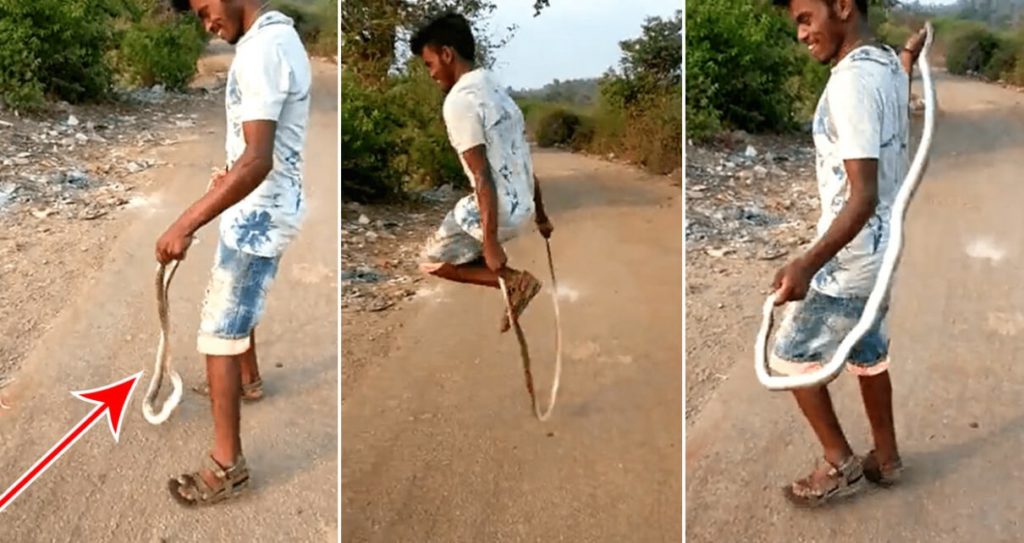 Your soul will surely tremble after watching this viral video on social media. This video shows a young man making a snake rope and jumping. The video is being told of Maharashtra. Watching the video will make your blood boil how someone can make a snake jump by making a rope.

In the viral video you can see a young man holding the mouth of a live snake with one hand and holding its tail with the other hand. After which he makes a rope and starts jumping. The video shows the young man jumping rope from a snake several times. In the meantime, he is laughing a lot. Sometimes a snake comes under his feet. This can also cause injuries to snakes.

Yet the young man has no pity on the snake and continues to jump rope. A lot of people are making videos of the young man and smiling. According to media reports, the video is being told of Palghar adjacent to Mumbai. After the video surfaced, social media users were seen getting angry at the youth.